The cargo cult of climate change 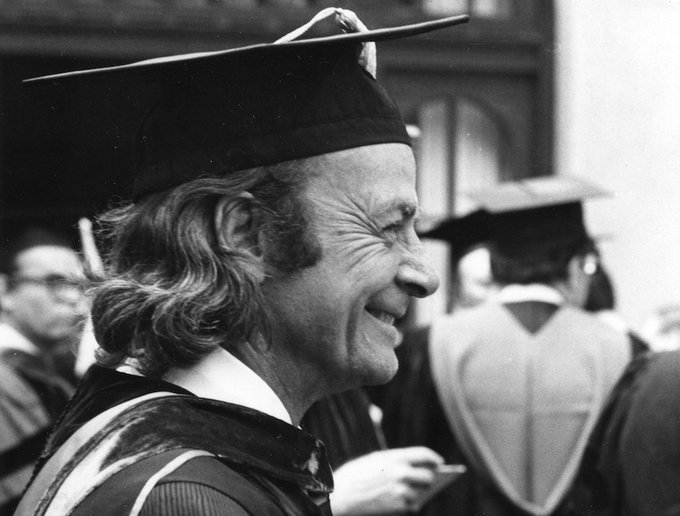 I mentioned Cargo Cult Science in a post yesterday and reader response was encouraging. The term comes from Richard Feynman's commencement speech at Caltech in 1974. Most commencement speeches bore. 48 years later, the speech rings even truer than before.

Feynman's IQ may have been 125 but he was the smartest American not named Benjamin Franklin. His career began in the Manhattan Project and ended with the investigation of the Challenger disaster.

While he won a Nobel in physics, it was teaching he liked best. His series of lectures on physics filmed in the 1960 resonate today. In 1985, he published a best-seller, Surely You're Joking, Mr. Feynman!

Which brings us to his commencement speech, Cargo Cult Science, subtitled "Some remarks on science, pseudoscience, and learning how to not fool yourself."

Feynman began, "During the Middle Ages there were all kinds of crazy ideas, such as that a piece of rhinoceros horn would increase potency. (Another crazy idea of the Middle Ages is these hats we have on today—which is too loose in my case.) Then a method was discovered for separating the ideas—which was to try one to see if it worked, and if it didn’t work, to eliminate it. This method became organized, of course, into science. And it developed very well, so that we are now in the scientific age. It is such a scientific age, in fact, that we have difficulty in understanding how­ witch doctors could ever have existed, when nothing that they proposed ever really worked—or very little of it did.

"But even today I meet lots of people who sooner or later get me into a conversation about UFO’s, or astrology, or some form of mysticism, expanded consciousness, new types of awareness, ESP, and so forth.  And I’ve concluded that it’s not a scientific world."

As Stevie Wonder sang at the time:

When you believe in things

That you don't understand

Feynman called out scholars who believe in things they don't understand.

He said, "In the South Seas there is a Cargo Cult of people. During the war they saw airplanes land with lots of good materials, and they want the same thing to happen now. So they’ve arranged to make things like runways, to put fires along the sides of the runways, to make a wooden hut for a man to sit in, with two wooden pieces on his head like headphones and bars of bamboo sticking out like antennas—he’s the controller—and they wait for the airplanes to land. They’re doing everything right. The form is perfect.  It looks exactly the way it looked before. But it doesn’t work. No airplanes land. So I call these things Cargo Cult Science, because they follow all the apparent precepts and forms of scientific investigation, but they’re missing something essential, because the planes don’t land."

He called out the pseudoscience of the day: ESP, psychotherapy and parapsychology.

He also called out liberal programs.

Feynman said, "I began to think, what else is there that we believe?  (And I thought then about the witch doctors, and how easy it would have been to check on them by noticing that nothing really worked.)  So I found things that even more people believe, such as that we have some knowledge of how to educate.  There are big schools of reading methods and mathematics methods, and so forth, but if you notice, you’ll see the reading scores keep going down—or hardly going up—in spite of the fact that we continually use these same people to improve the methods.  There’s a witch doctor remedy that doesn’t work.  It ought to be looked into: how do they know that their method should work?  Another example is how to treat criminals.  We obviously have made no progress—lots of theory, but no progress—in decreasing the amount of crime by the method that we use to handle criminals."

He even called out a TV commercial.

He said, "In summary, the idea is to try to give all of the information to help others to judge the value of your contribution; not just the information that leads to judgment in one particular direction or another.

"The easiest way to explain this idea is to contrast it, for example, with advertising. Last night I heard that Wesson Oil doesn’t soak through food. Well, that’s true. It’s not dishonest; but the thing I’m talking about is not just a matter of not being dishonest, it’s a matter of scientific integrity, which is another level. The fact that should be added to that advertising statement is that no oils soak through food, if operated at a certain temperature. If operated at another temperature, they all will—including Wesson Oil. So it’s the implication which has been conveyed, not the fact, which is true, and the difference is what we have to deal with."

You know who else doesn't give us all the information? The climate change people.

They did not exist in his time so we don't know 100% where he would stand on the subject. He had to deal with parapsychology.

He said, "Another example is the ESP experiments of Mr. Rhine, and other people.  As various people have made criticisms—and they themselves have made criticisms of their own experiments—they improve the techniques so that the effects are smaller, and smaller, and smaller until they gradually disappear.  All the parapsychologists are looking for some experiment that can be repeated—that you can do again and get the same effect—statistically, even.  They run a million rats—no, it’s people this time—they do a lot of things and get a certain statistical effect.  Next time they try it they don’t get it any more.  And now you find a man saying that it is an irrelevant demand to expect a repeatable experiment.  This is science?

"This man also speaks about a new institution, in a talk in which he was resigning as Director of the Institute of Parapsychology.  And, in telling people what to do next, he says that one of the things they have to do is be sure they only train students who have shown their ability to get PSI results to an acceptable extent—not to waste their time on those ambitious and interested students who get only chance results.  It is very dangerous to have such a policy in teaching—to teach students only how to get certain results, rather than how to do an experiment with scientific integrity."

What does that remind you of?