ITEM 1: The Daily Caller reported, "Facebook CEO Mark Zuckerberg and Twitter CEO Jack Dorsey were unable to think of any liberal person or entity that has been censored by either platform during Wednesday’s Senate hearing on big tech censorship."
The dummies don't realize the cancel culture will eventually cancel them, too.
ITEM 2: CNBC reported, "Girl Scouts deletes social media congratulations to Amy Coney Barrett on Supreme Court seat."
Never buy one of their cookies again.
Hitler Youth were not as political.
ITEM 3: Detroit Metro News reported, "Judge strikes down gun ban at Michigan polls, so maybe you should just vote early before all the nuts come out."
The Second Amendment. Don't leave home without it.
ITEM 4: Rush Limbaugh reported, "Panic! MSNBC Only Finds One Biden Voter Out of 50 in Arizona."
Limbaugh quoted MSNBC correspondent Vaughn Hillyard, who reported on early voting in Arizona.
Hillyard said, "It is stunning and worth noting that the president going up to the rural part of the state where there's a much larger population base -- is worth noting. I stopped up there yesterday, into a couple towns -- Lake Havasu, Kingman, Bullhead City. I went to one early voting location, and one only one person out of 50 said they were voting for Joe Biden!"
But have no fear. CNBC's poll has Biden up in Arizona by (spins wheel) 6!
ITEM 5: Kamala Harris also had trouble finding Biden supporters in Arizona. 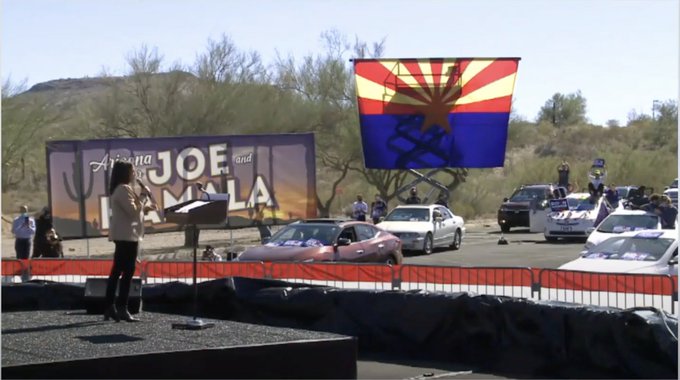 President Trump had no problem finding his supporters in Goodyear, Arizona. 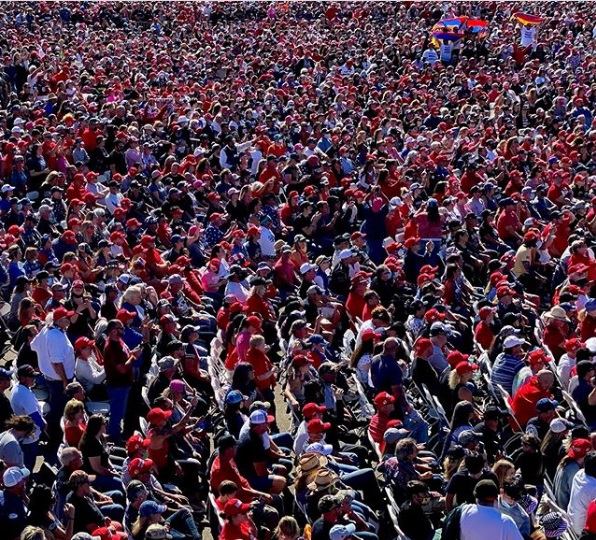 ITEM 6: The Hill reported, "Cable news ratings exploded in October across Fox News, CNN and MSNBC as all three networks saw record numbers for the month, with Fox News having the highest-rated month in cable news history, according to Nielsen Media Research."
Fox averaged 4.9 million people, MSNBC averaged 2.7 million, and CNN averaged 2.4 million.
Obviously, the truth no longer matters to millions of Americans.
ITEM 7: Legal Insurrection reported, "In 2018, the New York Times published an op-ed entitled I Am Part of the Resistance Inside the Trump Administration. The piece made a splash at a time, with speculation rampant as to the identity of the person the NYTimes described as a 'senior administration official.'
"The ‘Anonymous’ writer turns out to be Miles Taylor, a former chief of staff during Kirstjen Nielsen‘s brief stint as Homeland Security Secretary.  Never heard of him?  No worries, no one else had, either."
Isn't resisting inside a duly elected administration sedition?
Is that legal?
President Trump needs to bring that clown down. I am tired of being nice to evil people like Miles Taylor, Al Vindman, and the rest of the sleazy crowd.
ITEM 8: President Trump should hit Minnesota harder this weekend. 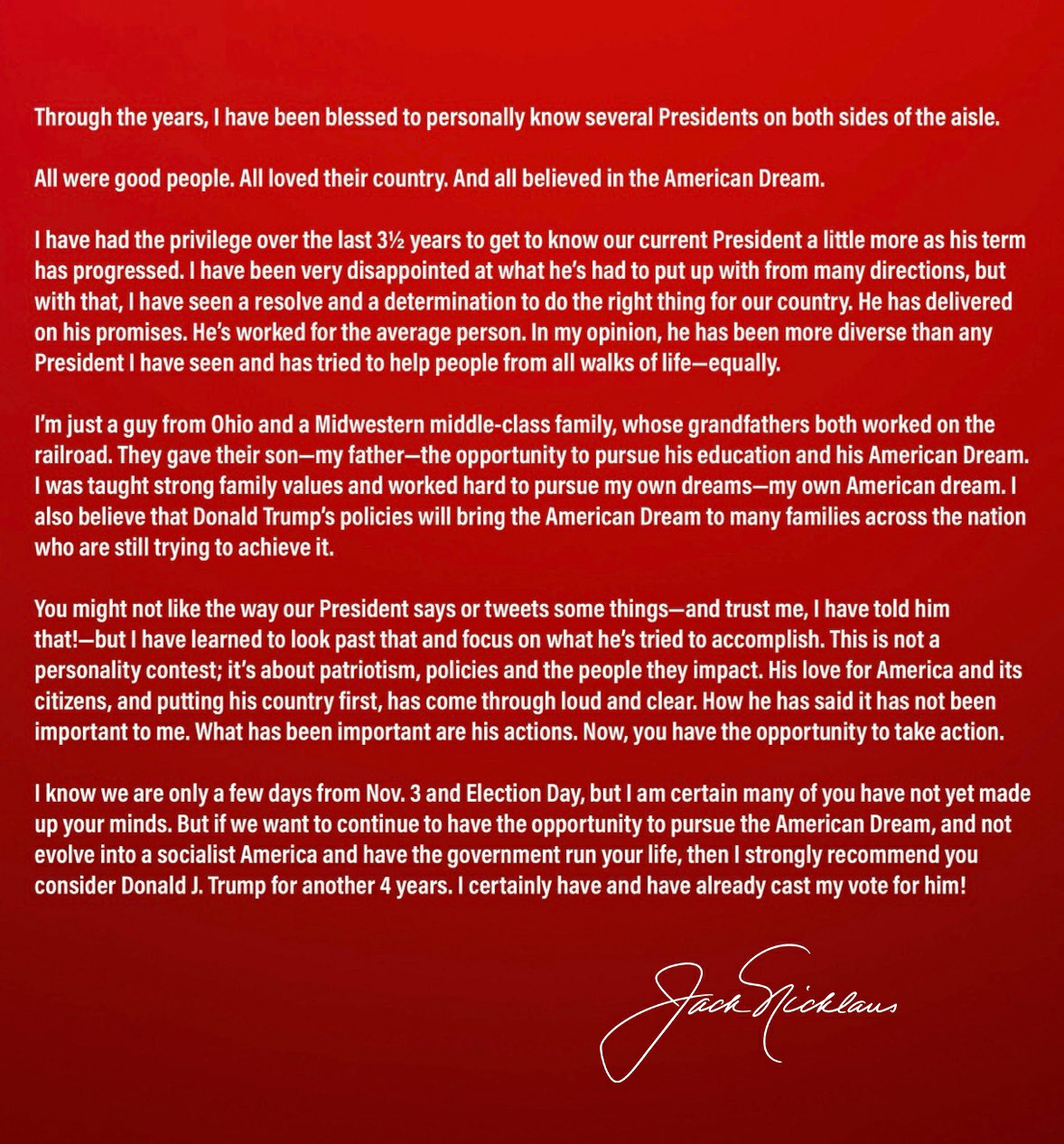