​Donald John Trump is still our president -- and the Frisbee golf champion of the world.

ITEM 1: NPR reported, "A week before the U.S. presidential election, U.S. Secretary of State Mike Pompeo signed a military agreement Tuesday in India before heading to Sri Lanka on a multi-country tour aimed at pushing the Trump administration's anti-China message.
"Pompeo was joined in New Delhi by U.S. Defense Secretary Mark Esper. Together they signed a pact with their Indian counterparts to share sensitive satellite data, often used to steer missiles and drones.
"It's the latest in a series of U.S.-India military agreements designed to counter Red China's growing power in the Indo-Pacific region."
India has a long-standing reluctance to enter such agreements.
Prime Minister Modi, though, realizes he needs help to stop Red China's quest to dominate the world. India, the USA, Australia, and Japan are forming the Quad to stand up to Red China.
You can see why Chairman Xi wants Trump dumped. He no doubt is leaning on corporations to back Biden, who is on Red China's payroll.
ITEM 2: The New York Post reported, "A US airstrike in northwestern Syria is believed to have killed seven leaders of al Qaeda affiliates, a military official said.
"The strike was conducted on Oct. 22 as the alleged terrorists were meeting near the city of Idlib, Central Command spokeswoman Maj. Beth Riordan told the Associated Press.
"The seven people who were killed were not identified, but Riordan said airstrikes like this will damage the terrorist group as they attempt to attack Americans and US allies across the globe.
"On Monday, Afghanistan officials said they killed a top al Qaeda propagandist who was on the FBI’s most wanted list."
Winning a war, confirming judges, defeating covid 19 (personally and professionally) and hitting the campaign trail relentlessly while his opponent sits watching TV all day.
It is the working man versus the welfare recipient.
ITEM 3: The New York Post reported, "A month-long mission in Ohio recently turned up 45 missing children and led to 179 arrests, authorities said.
"In an operation dubbed Autumn Hope, the U.S. Marshals Service in Ohio and Virginia tracked the children, including a high-risk 15-year-old girl from Cleveland who was linked to suspected human trafficking, authorities said Monday.
"Twenty other children were also located as authorities checked on their well-being.
"During one of the missing children recoveries, a loaded gun was recovered. A 15-year-old boy had two warrants and is suspected in multiple shootings and a murder, authorities said.
"Two other juveniles were found in West Virginia during a traffic stop, leading to the arrest of an adult male who was charged with concealment/removal of a minor child in Jackson County."
The Marshals Service, not the FBI. How about less spying and lying for Obama, and more law enforcement, FBI?
ITEM 4: The Hill reported, "Biden leads newspaper endorsements — just like Clinton."
What good are newspapers if they just keep giving us bad advice?
ITEM 5: John Nolte gave a rundown on early voting in states that Donald Trump won last time:
In Arizona, Democrats have a 6-point lead. They won by 13 points in 2016.
In Michigan, Republicans have a 2-point lead.
In Wisconsin, Republicans have a 5-point lead.
In Florida, Democrats have a 7-point lead. They won early voting by 1.5 points in 2016.
In Georgia, Republicans have a 7-point lead.
In Ohio, Republicans have a 9-point lead.
In North Carolina, Democrats have a 10-point lead. They won early voting by 13 points in 2016.
Not bad. Not bad at all.
ITEM 6: Democrats in Philadelphia celebrated their election victory a week early. 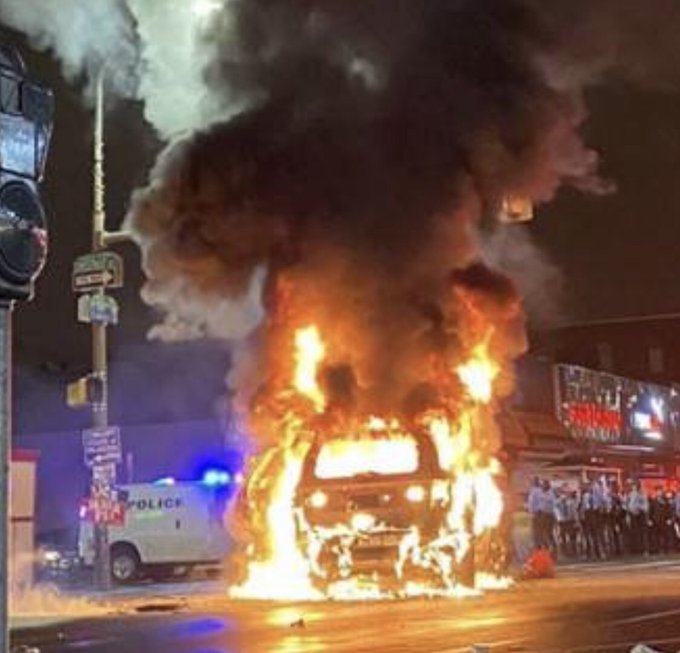 "Pratt & Whitney did not approach Connecticut as a possible site for expansion, said a spokesman for the Department of Economic and Community Development. Commissioner David Lehman said Raytheon Technologies has advised the state the project will not affect jobs in Connecticut."
That is how the slide out of a state usually begins. Instead of investing in the home state, it starts a new project elsewhere. Then it doesn't re-invest as much in its original factories. Then one day, state officials discover the company itself is leaving for greener pastures.
ITEM 19: New York Magazine reported, "If Trump Wins, Athletes Might Just Stop Playing."
One more reason to re-elect our favorite president.
ITEM 20: The Washington Free Beacon reported, "Civil Liberties Union, Legal Aid Society File Lawsuit Against de Blasio. Eleven protesters say mayor, police commissioner directed police to use unjustifiable force."
Maybe he thought they were Jewish.
FINALLY, I will expand to add a post at 7 PM Eastern for the next few days (still no Sunday) simply because the information flow has ramped up.
The schedule is Highlights at 7 AM, a post at 11 AM, and a post at 3 PM.
I did a 7 PM-er last night.
To tide you over, check Citizen Free Press a few times a day for updates. Kane works his ass off and has a lot of fun too.
Don Surber at 10/28/2020 07:00:00 AM
Share