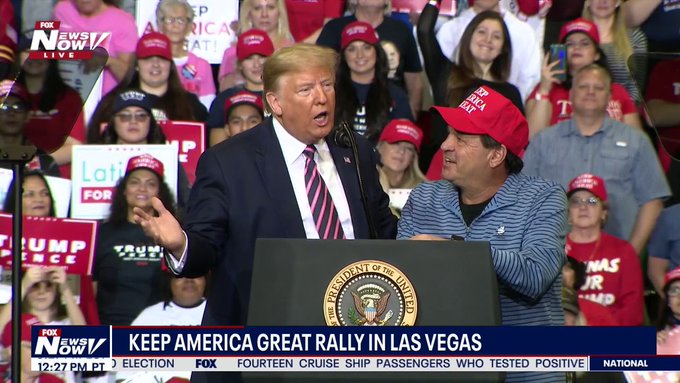 Nevada has gone Republican only twice in the last 7 presidential elections. New Mexico went Republican once in that time, for Bush by 6,000 votes in 2004. But President Donald John Trump's re-election campaign is confident about both states.

Overconfidence may give President Trump an advantage.

And Democrat riots help the president in New Mexico.

Pearce said, "New Mexico is also in the news this week because Albuquerque is one of the cities that President Trump is sending federal agents to as part of Operation LeGend. The Democrats in the state, whether it be Democrat Senator Martin Heinrich or Albuquerque Mayor Tim Keller, they’ve been out there attacking President Trump and the federal law enforcement officers, calling them ‘storm troopers’ or ‘secret police,’ all sorts of nasty terminology for those who seek to restore law and order to the crime ridden city there. Tell us what’s going on in Albuquerque, with the president sending in federal law enforcement officers to help restore order."

Nixon flipped Nevada and New Mexico in 1968. Each state went Republican in the six presidential elections from 1968 to 1988, inclusive.

President Trump is well on his way to flipping them back.

He was the first Republican to be elected without Nevada in 108 years in 2016.