Louis Armstrong is a dead traitor? 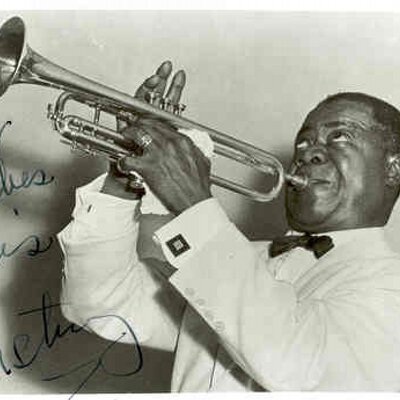 Democrat Senator Tammy Duckworth of Illinois showed her ignorance on CNN when she implied that Louis Armstrong is a dead traitor. President Donald John Trump praised Satchmo in his Mount Rushmore speech.

She is that dumb.

Dana Bash had Duckworth on. Her first question was, "Senator, I know that you support change in the name of military bases named after Confederate leaders.

"But there are leaders like George Washington and Thomas Jefferson who were slave owners, and some people are demanding that their monuments come down, too. So, in your view, where does it end? Should statues, for example, of George Washington come down?"

Duckworth replied, "Well, let me just say that we should start off by having a national dialogue on it at some point.

"But, right now, we're in the middle of a global pandemic. And our -- one of our ally -- one of our -- countries that are opposed to us, Russia, has put a bounty on American troops' head.

"What really struck me about this speech that the president gave at Mount Rushmore was that he spent more time worried about honoring dead Confederates than he did talking about the lives of our American -- 130,000 Americans who lost their lives to covid 19, or by warning Russia off of the bounty they're putting on Americans' heads.

I went back to the transcript of the speech and looked at the people our President praised.

I couldn't find a dead traitor.

Someone should ask Duckworth why she thinks Louis Armstrong is a dead traitor.

Satchmo's greatness came from living life and never speaking out against segregation -- until September 17, 1957, when in Grand Forks, North Dakota, he spoke against the treatment of 9 black students who were integrating Central High in Little Rock.

He told reporters, "When I see on television and read about a crowd in Arkansas spitting on a little colored girl, I think I have a right to get sore."

His single sentence of protest angered people. He faced calls to boycott his concerts and pull ads

But President Eisenhower got the message. He placed the Arkansas National Guard under federal control and sent 1,000 paratroopers from the 101st Airborne Division to Little Rock. There was no more spitting on "little colored girls."

Someone should ask the senator why she called any of the 28 people named and the Tuskegee Airman traitors.

No, the real traitors -- the betrayers of our country -- are those who would deny the heroism and greatness of the men and women President Trump praised.

In his speech, our beloved president said, "Those who seek to erase our heritage want Americans to forget our pride and our great dignity, so that we can no longer understand ourselves or America’s destiny. In toppling the heroes of 1776, they seek to dissolve the bonds of love and loyalty that we feel for our country, and that we feel for each other. Their goal is not a better America, their goal is the end of America."

Duckworth sides with them now.

I guess that is what it takes to get the Democrat vice presidential nod.