All the times experts were right about Donald Trump. 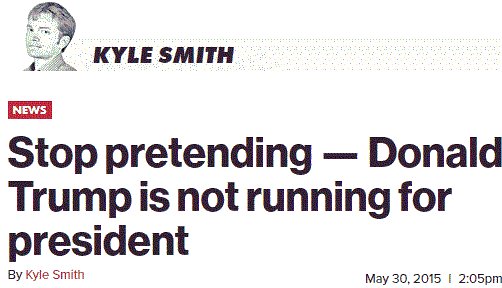 An expert on President Donald John Trump left a comment yesterday and said the economy under The Donald is a bubble that will end in a Great Depression. We all know how often the experts are right about Donald Trump.

They said he was not going to run.

On January 25, 2015, Chuck Todd said, "No one is going to mistake Donald Trump for a presidential candidate, I don't think, other than Donald Trump."

They said he couldn't win the nomination. 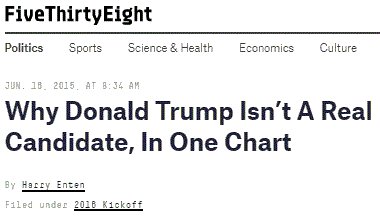 On June 16, 2015, the day Donald Trump entered the race, Harry Enten of 538 wrote, "Trump has a better chance of cameoing in another Home Alone movie with Macaulay Culkin — or playing in the NBA Finals — than winning the Republican nomination."

3 months later, his boss begrudgingly upped the odds to 5%.

They said he would be knocked out by the Clintons.

The New York Times told us, "A coalition of Republicans is banking on a scenario in which Donald J. Trump fails to reach the 1,237 delegates required to secure the party’s nomination before its July convention, creating a potential opening for another nominee as the delegates vote on the convention floor.

"Most states bind their delegates to candidates based on primary results. But most delegates are released if no candidate wins a majority in an initial vote at the convention, so those who were bound to Mr. Trump could shift their support. This scenario is less likely if Mr. Trump is close to 1,237 delegates, or if he continues to face a split opposition."

(No links to pay sites.)

Need I go on to all those general election predictions? 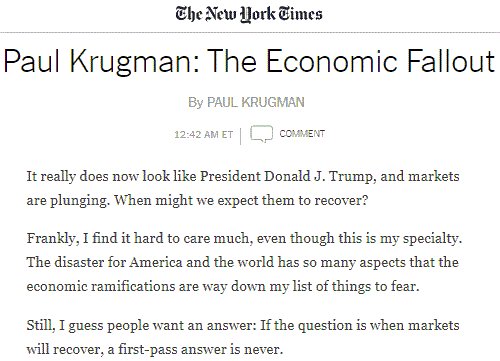 No sooner was The Donald elected when the experts began saying he would resign.

On the 2 month anniversary of his inauguration, the Independent reported, "Donald Trump is going to 'get himself out of office soon,' a leading Democratic senator has claimed.

"Dianne Feinstein suggested the President would quit before he was potentially forced out of office after anti-Trump protesters in Los Angeles demanded to know why more wasn’t being done by Congress to remove him from office."

The experts said the Russian Collusion hoax would do him in. That was why Obama, CNN, and others conspired to create and publicize the hoax.

On August 18, 2017, CNN reported, "The ghostwriter of The Art of the Deal thinks President Donald Trump will eventually call it quits.

"Tony Schwartz, the man behind Trump's 1987 memoir, took to Twitter on Wednesday to vocalize his forecast for Trump's political future.

"'The circle is closing at blinding speed,' Schwartz tweeted. 'Trump is going to resign and declare victory before Mueller and Congress leave him no choice.'"

"'Ultimately, he is going to be forced to resign,' said Michael Avenatti, the attorney for the adult film actor who says she had an affair with Donald Trump and was paid by Trump’s lawyer, Michael Cohen, to keep it quiet.

"'I don’t know how he will ultimately spin his departure, but I firmly believe there is going to be too much evidence of wrongdoing by him and those around him for him to be able to survive the balance of his term.'"

They said his tax cuts would not work. 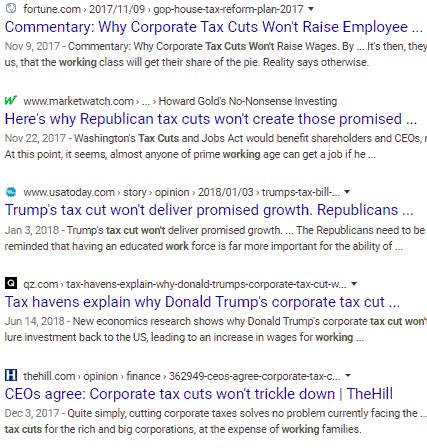 I wonder if any of these people who said the tax cuts won't work refused to accept their tax cuts?

When they got bored of getting the economy wrong, the experts turned to World War 3.

The first World War 3 was in Syria.

The second World War 3 was in North Korea.

The third World War 3 is in Iran. 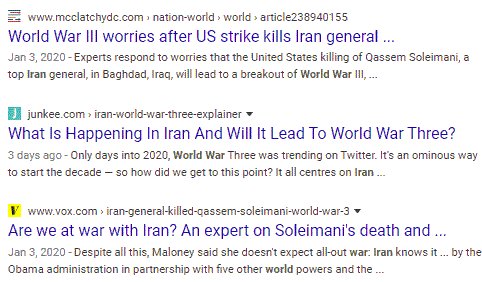 The experts get it wrong because they are paid to get it wrong. They practice disinformation. The ones who served in the intelligence community usually are the best at this because spies are trained to lie.

No matter how terrible their track record is, no one gets cashiered. Iraq didn't greet us as liberators. Obamacare didn't keep our doctors. The stimulus didn't stimulate the economy. Hillary didn't win. And Donald Trump certainly did not resign. And yet the experts kept their jobs.

This is the most successful presidency of my life and its third anniversary is 4 days away.

President Trump dropped unemployment to a 50-year low and helped the lower class get the biggest wage increases in many lifetime. We are trying to end wars and let countries in the various regions of the world conduct their own affairs without an American president hovering over them.