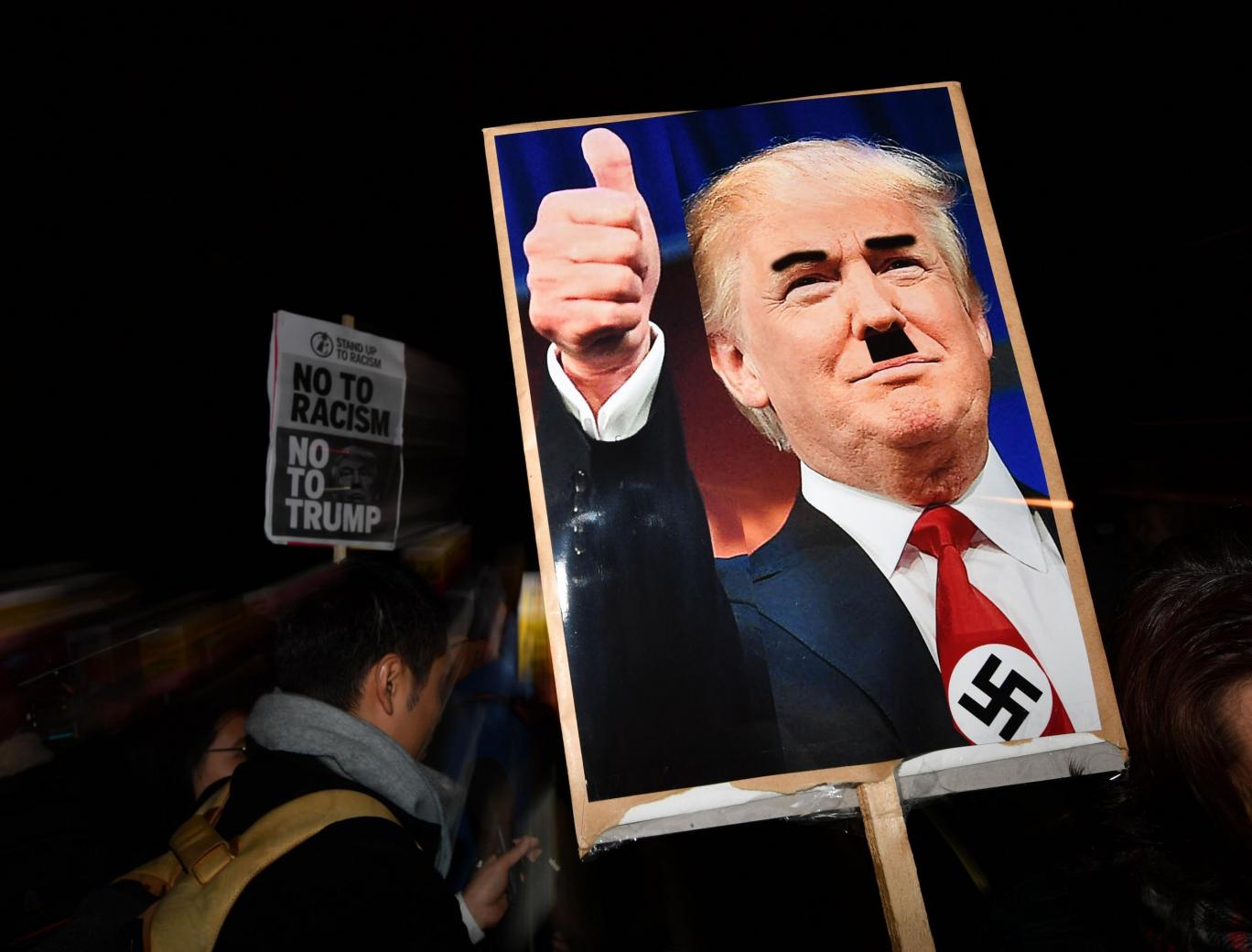 The Los Angeles Times ran a piece that is demonstrated just what is wrong with today's ramped up rhetoric. The headline read, "Call immigrant detention centers what they really are: concentration camps."

No. That is a lie. The centers are nothing like concentration camps. No one is tattooed with a number. No one is worked to death. No one is sent to gas chambers. There are no mass cremations in fact there are no cremations at all.

Running that piece was irresponsible because it downplays the evil that Hitler and his nation did.

By calling the last four Republican presidential nominees Hitler, Democrats have turned Hitler into someone we merely disagreed with.

Any and every disagreement the party has with President Trump results in someone alluding to Hitler.

Beth Bailey of the Washington Examiner pointed out the danger in April.

She wrote, "Last week, a flurry of media personalities and 2020 Democratic presidential candidates set about likening President Trump to Adolf Hitler on the basis of misattributed statements Trump has made about members of a criminal gang. In the process, each has participated in the demonizing of the very person they wrongly accuse of dehumanizing immigrants."

Bailey backed this up with quotes from Beto O'Rourke and other Democrat presidential candidates.

She wrote, "People who make comparisons between modern day politicians and Hitler have one thing in common: They usually have very little understanding of the complex period of history about which they make their sweeping generalizations. In the darkest irony, they use a period marked by the mobilization of incredible hatred to launch hatred at those with whom they disagree.

"These attacks work because public knowledge of the era and its lessons is waning. As discovered in a study conducted in February 2018 at the behest of The Conference on Jewish Material Claims Against Germany, 45% of U.S. adults and 49% of millennials are unable to name any of the 40,000 camps and ghettos used during the Holocaust. About 31% of adults and 41% of millennials believed that Hitler killed fewer than 2 million Jews, less than one third of the actual death toll."

We waste a lot of time in school on women's studies and the like.

Bailey made the point then that I make now, "Comparing a political opponent to Hitler is vile, vulgar, and lazy. It minimizes a horrific history and reduces the evil mastermind of a massive genocide against 11 million people to being simply bad while it conflates a human with no such tendencies or predilections with an amoral architect of genocide. Additionally, it demonstrates a lack of couthness and restraint in the accuser, who proves himself willing to sacrifice sound facts for a powerful sound bite."

It is not President Trump I seek to protect by objecting to all the Nazi talk.

It is the memory of 6 million Jews who were rounded up and killed in actual, factual concentration camps.

The American soldiers who liberated the few starving survivors of the Holocaust told the world, never again.

But we forgot. And I fear the real next Hitler will use our ignorance against us.

UPDATE: Ed Driscoll corrected me. He reported, "The last four? Virtually every Republican nominee has been dubbed Hitler since Thomas Dewey in 1948, by no less than Harry Truman himself."

I imagined Democrats were kinder to Bob Dole, who just about gave up his right arm fighting Hitler.