Trump is BMW. Obama is GM

"On Nov. 20, the automaker's board of directors approved a massive cost-cutting plan that included shuttering two assembly plants in the United States, one in Canada and two U.S. propulsion plants by the end of next year. Combined with white-collar cuts, about 14,000 hourly and salaried jobs are affected," the Detroit Free Press reported. 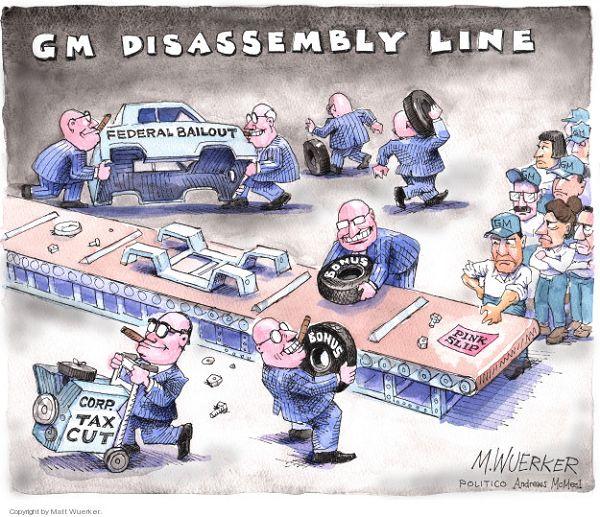 Obama gave GM a $50 billion bailout and took over the company.

President Trump got to the heart of the problem. He slapped tariffs on Red China and others who won't play fair. He ditched NAFTA in favor of his own trade agreement. It's yuge. Bigly.

"BMW is considering a second U.S. manufacturing plant that could produce engines and transmissions, Chief Executive Harald Krueger said on Tuesday, shortly after a report that U.S. President Donald Trump would impose tariffs on imported cars from next week," CNBC reported.

In a separate story, CNBC reported, "China's import taxes on U.S.-made cars have not hurt demand for BMW's X line of sport utility vehicles that are made in South Carolina, a top executive said Wednesday.

"The ongoing trade war between Beijing and Washington hasn't dampened the appetite for German luxury family cars among China's well-heeled, according to the carmaker."

Obama did accomplish one thing with his takeover of GM. USA Today reported on January 28, 2014, "General Motors CEO Mary Barra plans to attend tonight's State of the Union address as a guest of first lady Michelle Obama — a month after the company shed its government ownership and two weeks after Barra became the first female CEO of a major automaker."

So we have our first woman GM CEO. Obama made history. Next we can have a gay one, or a black one, or a transgendered one, or whatever token you choose.

Meanwhile, BMW is building cars and making money. In America.

Please enjoy my books in paperback and on Kindle.
Trump the Press covers the nomination.
Trump the Establishment covers the election.
Fake News Follies of 2017 covers his first year as president.
For autographed copies, write me at DonSurber@gmail.com