That time an unarmed Trump stopped a mugging

A sheriff's deputy assigned to the high school in Parkland, Florida, was too afraid to enter the building when the shooting started.

I am convinced that Donald Trump would have gone in -- armed only with his personality.

Our friends at Reddit_The_Donald dug out an old newspaper clip from November 20, 1991 (when the New York Daily News was sane) that showed Trump stopped a guy from beating another man with a club. 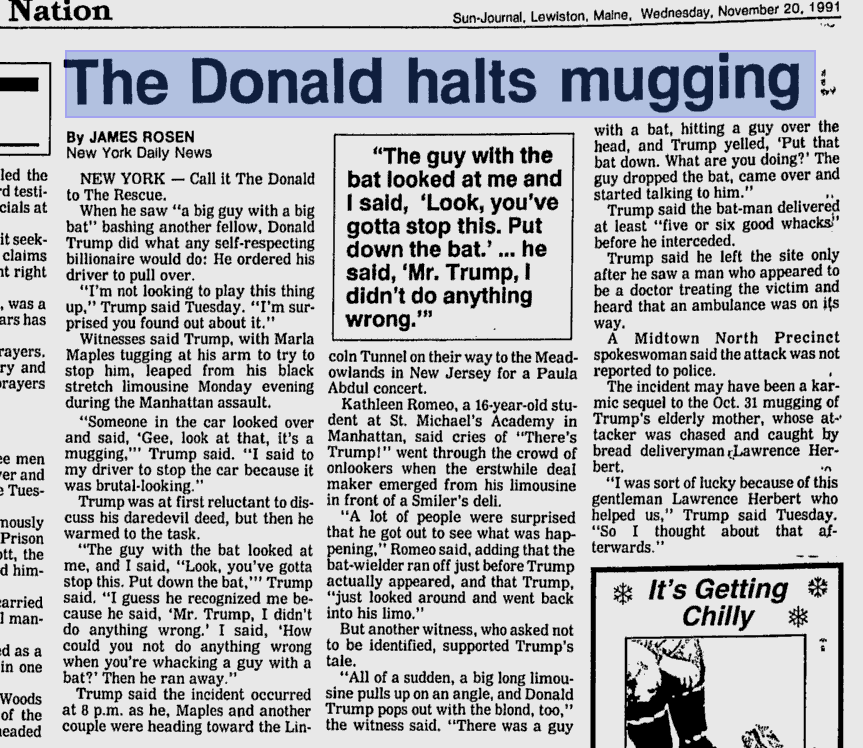 Trump was riding around Manhattan in his limo with his girlfriend, and later wife, Marla Maples. He saw a guy beating another guy. Trump told his driver to pull over. Maples did not want him to get involved.

Trump told James Rosen of the Daily News, "The guy with the bat looked at me, and I said, 'Look, you’ve gotta stop this. Put down the bat.' I guess he recognized me because he said, 'Mr. Trump, I didn’t do anything wrong.' I said, 'How could you not do anything wrong when you’re whacking a guy with a bat?' Then he ran away."

There were witnesses, including Kathleen Romeo, who told the newspaper that when he emerged from his limo, the crowd cried, "There's Trump."

Romeo also said, "A lot of people were surprised that he got out to see what was happening."

I wonder why the crowd did not stop the beating.

Weeks earlier, his 79-year-old mother was attacked but bread deliveryman Lawrence Herbert chased the mugger down and apprehended the 16-year-old thug.

Trump then wrote a check that saved Herbert's home from foreclosure. Trump by then was familiar with not being able to meet a loan payment.

How can you not admire that? 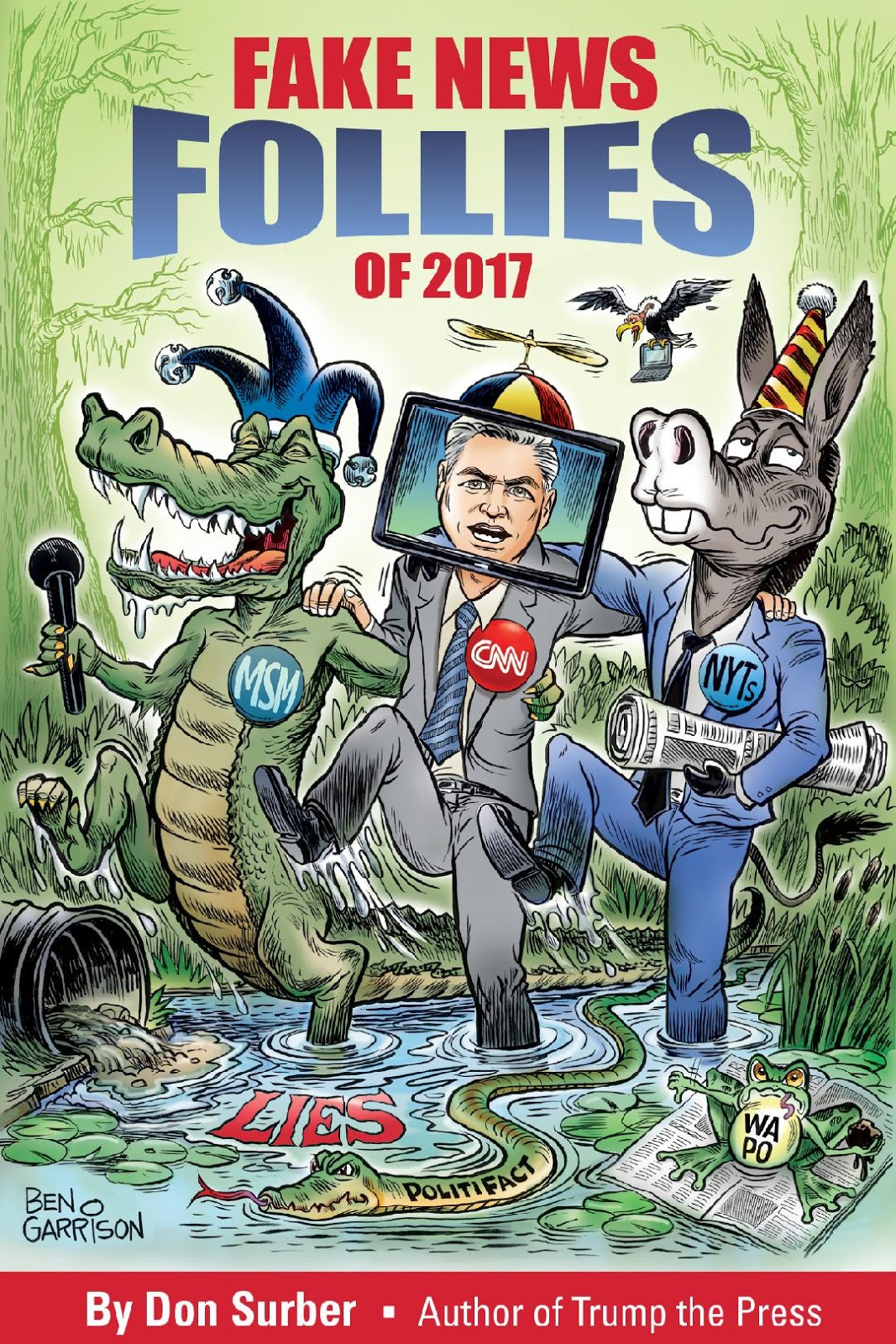 The media chose to go to war with Donald John Trump in 2017 rather than accept him as president.


Surber, a recovering journalist with over 30 years of experience, has been cataloging the #FakeNews that has been regularly offered as serious analysis of President Donald Trump’s actions, policies, and opinions. He has brought his enormous collection together in the longest, most serious book he has yet written: Fake News Follies of 2017.

Fake News Follies of 2017 is available on Kindle and in paperback.

Autographed copies are available. Email me at DonSurber@GMail.com for details. I am including a "director's cut." I will give you the original Chapter 1 that I cut because while the chapter was amusing, it really had nothing to do with the Fake News Follies of 2017.
Don Surber at 2/26/2018 07:34:00 PM
Share