Quote of the day:


"President Trump will add twice as many lifetime members to the federal judiciary in the next 12 months (650) as Barack Obama named in eight years (325). American law will never be the same."

Now that is something to be thankful for.

And get your cups ready to catch the liberal tears flowing from the realization that Marxism is dead once the courts stop legislating. 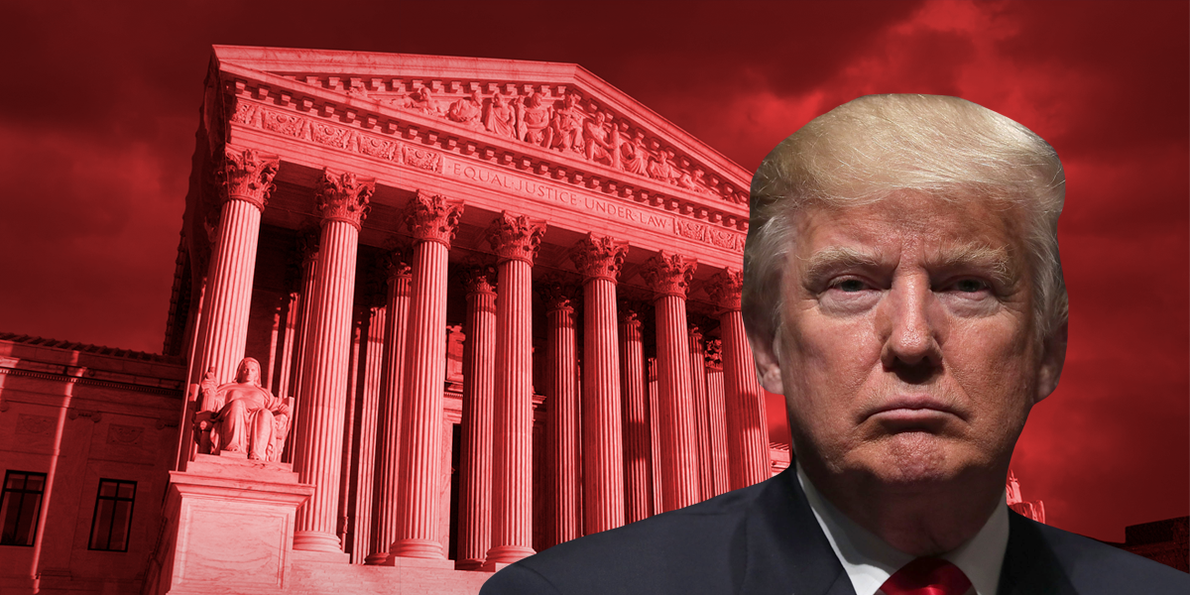 I will spare readers my usual and-you-can-thank-Mitch McConnell spiel. But it is here if you want to read it.

Liberals have woken up to the fact that The Donald is in charge.

Democratic Party hack Ronald A. Klain -- he worked in the Clinton White House, the Obama White House, and the Clinton Outhouse last year -- wrote a piece in the Washington Post that recognizes the price liberals paid for Obama.

They lost the House, the Senate, and the White House.

And far from being a loose cannon, President Trump is firing laser beams.

From Ronald A. Klain:


Trump is wasting no time in filling the 103 judicial vacancies he inherited. In the first nine months of Obama’s tenure, he nominated 20 judges to the federal trial and appellate courts; in Trump’s first nine months, he named 58. Senate Republicans are racing these nominees through confirmation; last week, breaking a 100-year-old tradition, they eliminated the “blue slip” rule that allowed home-state senators to object to particularly problematic nominees. The rush to Trumpify the judiciary includes nominees rated unqualified by the American Bar Association, nominees with outrageously conservative views and nominees significantly younger (and, therefore, likely to serve longer) than those of previous presidents. As a result, by sometime next year, 1 in 8 cases filed in federal court will be heard by a judge picked by Trump. Many of these judges will likely still be serving in 2050.

The Marxist infiltration of the American Bar Association rendered that organization as useless as a screen door on a submarine.

But unlike the Bushes and other Republicans, Trump understands that it is not just the district judges, the appellate judges and the Supreme Court justices who matter. Trump has been involved in 3,500 lawsuits (as per USA Today) and he has never scrimped on lawyers. He knows administrative law judges carry great weight.

And Trump is listening to Steven Calabresi, co-founder of the Federalist Society


Calabresi has also proposed that Congress abolish 158 administrative law judgeships in federal regulatory agencies, such as the Environmental Protection Agency, Food and Drug Administration, Federal Communications Commission, and Securities and Exchange Commission, and replace these impartial fact-finders with a new corps of 158 Trump-selected judges who — unlike current administrative law judges — would serve for life.

And there is another rule-changer from Calabresi.


In a paper that deserves credit for its transparency (it features a section titled “Undoing President Barack Obama’s Judicial Legacy”), Calabresi proposes to pack the federal courts with a “minimum” of 260 — and possibly as many as 447 — newly created judicial positions. Under this plan, the 228-year-old federal judiciary would increase — in a single year — by 30 to 50 percent.

Trump is the liberal's worse nightmare. He is re-shaping the judiciary.

But imagine you are a Counterfeit Conservative. Your livelihood depends on railing against activist judges. That's how you pull down big donations be it for your next congressional race or for your think tank.

What happens when the judges stop minting new outrages for you to exploit?

And worse, what happens when the courts stop taking on the weighty issues that legislators hate to debate -- abortion, homosexuality, capital punishment, and even birth control -- and lawmakers have to hash it out?

From Klain: "Progressives need to mount a more cohesive and effective plan to slow down the Trump train of judicial transformation. Otherwise, we’ll have a court-packing turducken for Thanksgiving, and a revolutionary rollback in rights and regulation for Christmas."

I'm dreaming of a Right Christmas....

Please enjoy my books on how the press bungled the rise of Donald Trump.

The first was "Trump the Press," which covered his nomination.

The second was "Trump the Establishment," which covered his election.