The Pulitzer Prize honors Excellence in Journalism and the Arts. 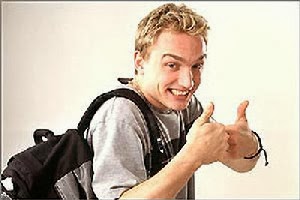 Dude, you're getting a Foolitzer.

From Charlie Rose, the dean of television broadcasting, to Glenn Thrush, ace reporter for the New York Times, and beyond, the news business has never attracted better citizens and role models for society.

In the 21st century, we are blessed with highly skilled and trained reporters, and impartial and fair presenters who, in the words of Lord Byron, "sketch your world exactly as it goes" and do so "without, or with, offense to friends or foes."

And according to them, the way the world goes in 2017 is that President Trump is irredeemably deplorable and racist, sexist, and Hitler, Hitler, Hitler.

Of course, there are always a few bad apples out there trying to spoil the whole bunch.

To help weed out the bad actors from all these superior people who have devoted their lives to speaking truth to power, I have devised the Foolitzer Prize, awarded to the best Fake News in 2017.

In 30 words, more or less, tell me why you think a story, personality, or news organization, deserves a Foolitzer.

Either email me at DonSurber@GMail.com -- or leave a comment in the comments.

Try to include a web link to the story.

The Foolitzers will help me both promote my third real-time history of journalists covering Donald John Trump. (Spoiler alert: they do a terrible job.)

The first was "Trump the Press," which covered his nomination.

The second was "Trump the Establishment," which covered his election.

This one is tentatively titled "Fake News Follies of 2017." 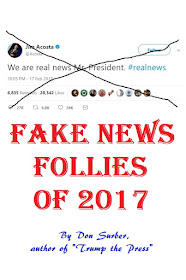