Former Defense Secretary Leon Panetta did his duty in carrying water for the Democratic Party on CBS News. John Dickerson, host of "Face the Nation," accidentally showed why President Trump is getting tough on North Korea. 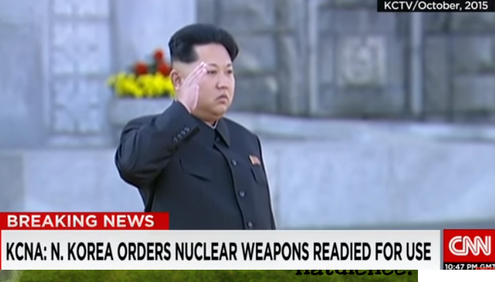 LEON PANETTA: "Well, this is a very important moment in time for his administration. And I think the entire country is looking to see whether or not this president has the capability to provide strong leadership for our country at a moment of crisis. And strong leadership demands not only that he act with consideration, with responsibility, with an understanding of what our country is all about and what it stands for, and with a recognition of course of protecting our security.


"Those are all responsibilities of the president. And the president's biggest role is the ability to use the bully pulpit to speak, not only to the country but to the world. And very frankly, his use of rhetoric, particularly with regards to North Korea, fire and fury and lock and load, I think has frankly created even greater tensions in that part of the world. And his-his failure to address what really happened in Charlottesville and the role of white supremacists I think also sends a message that he is not recognizing the real causes of crisis even within our own country."


JOHN DICKERSON: "On the question of North Korea and the president's rhetoric, as you heard the C.I.A. director said, 'That tough rhetoric is snapping North Korea into shape.' They realize now that they've got somebody they can't push around. What's wrong with that argument?"


LEON PANETTA: "Well, I-I've never felt, in the period of time that we've been dealing with North Korea going back 60 years, that you can out-bully a bully by trying to threaten that individual with words. The reality is, what speaks the loudest for the United States of America is the fact that we're the most powerful country on the face of the Earth."

Panetta's reply was we have been doing this for 60 years, so we must continue doing things this way because this is how we do things.

You Can't Out-Bully a Bully.

When has the United States tried to out-bully the Kim Jong Clan?

No, for 60-plus years we have tried economic sanctions and appeasement.

And now North Korea, with a GDP of 12-cents and some return pop bottles, has nevertheless joined the exclusive roster of nations that have nuclear weapons AND intercontinental ballistic missiles.

Doing the same thing expecting different results is a definition of insanity.

But these people are sane. Very sane. They just don't care whether it works.

Marxists in Washington care only about their power, and not the safety of the nation. That is why they hate Trump more than they dislike Kim Jong Un. The former threatens their power, while the latter only threatens to spark a nuclear war.

We would not have the threat of nuclear war if King Jong Un did not have nukes.

He would not have nukes without Clinton, Bush 43, and Obama neglecting their duty.

Please enjoy my books on how the press bungled the 2016 election.

Caution: Readers occasionally may laugh out loud at the media as they read this account of Trump's election.

Caution: Readers occasionally may laugh out loud at the media as they read this account of Trump's nomination.